SPOSTARE Do you want to jump on the bandwagon and join the Italian companies who could increase the value of their industrial production by 8,6 billion? 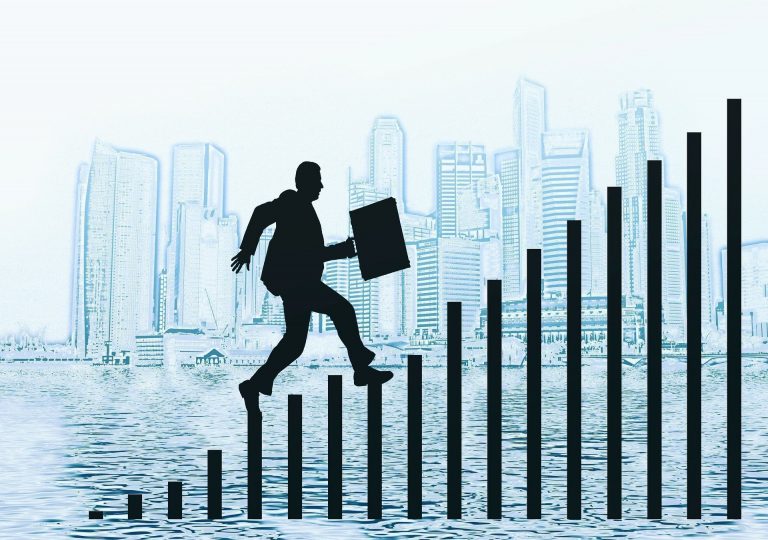 Do you  want to jump on the bandwagon and join the Italian companies who could increase the value of their industrial production by 8,6 billion?

Even if you are using unsuccessful production methods, if you hurry you can still be in time… 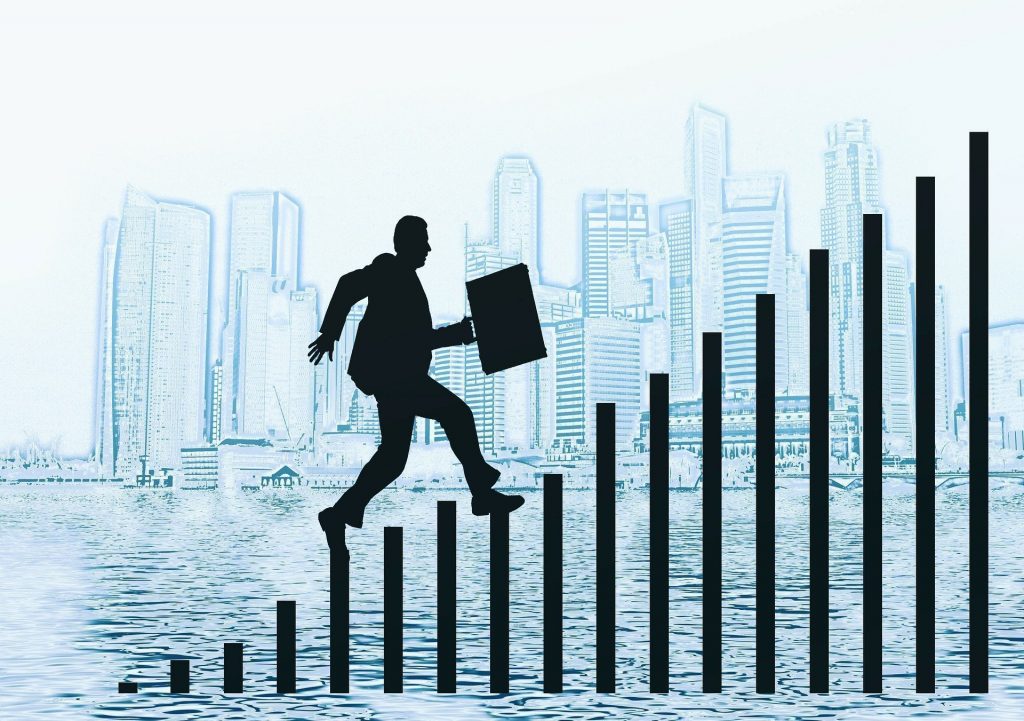 You are still using chip removal methods, but at the same time, you are fascinated by additive systems and  think they could be suitable for your needs, but skepticism is holding you back…

You are right to be extremely interested, considering the success of many companies, both foreign and Italian, who have abandoned Flintstone methods, and have thrown themselves into the modern additive technology.

In Japan 17 companies have used a 3D printer in their workplace.

According to a report by Fondazione Nord Est and Prometea for the Fondazione Make in Italy, the Italian companies that have invested in additive manufacturing, from 2012 to 2014, have increased the value of their production by 8,9 billion euro annually, with 39 thousand new employees.

That’s to say buckets of money!

Your arch enemy and most feared competitor could be among the companies armed with a 3D printer as their war horse.

This competitor could be hiding around the corner, like a leech sucking your customers and money, precisely because he has already installed a 3D printer in his production chain.

Luckily, you are still in time to save yourself from the Black Death of bankruptcy, by finally discovering if 3D printing could be an intelligent move for your company, or, if it is just a bluff that will empty your wallet.

If you are dealing with one of these types of production, you cannot continue without a 3D printer and lose the opportunity of invoicing 8,9 billion, because you:

Prototyping is the production of prototypes!

The prototype is like the mold of your first Christmas biscuit, the model from which you will produce all the other biscuits.

Ford is using 3D printing to produce prototypes of components for its cars like: the engine, the transmission system and elements of the bodywork.

Thanks to 3D printing Ford has reduced production time from 6 months to a few weeks.

This reduction is possible thanks to one of the most incredible advantages of additive systems: the potential of printing various components in a single process.

Imagine you are an engineer in a Ford factory: to produce a prototype you need only print it and check, straightaway, the various combinations to satisfy market demands.

You will move directly from the prototype designing phase to its production.

You will be able to produce more pieces in the same material but with different sizes and shapes, at the same time.

As Paul Susalla, Head of Ford’s rapid manufacturing sector explains, while with traditional methods, an engineer would have used a computer to create the  prototype of  an intake manifold, one of the most complicated parts of the engine, taking four months with a cost of $500,000; with 3D printing, the same component can be printed in four days, without geometric limitations and without production limitations at a cost of $ 3,000.

Yes you have read correctly!

At last you will sleep sweet dreams

You will be able to guarantee economic security for your children

Your employees will look upon you as a hero

This dream is possible because:

If you belong to point 2, then you are making tools which serve to produce components

For example, Opel prints tools in 3D necessary to assemble components for its cars, such as guides, lane centering, machine beds, keys.

By printing small-medium batches of components, you can  take care of the customization of the component, adapting flexibly to various market demands.

Imagine what it would be like to satisfy your customer’s most difficult demands, customize each component according to the size adaptable to the machine on which it will be installed.

According to a research carried out by Sistema Informativo Excelsior, the market is continuously changing and being flexible is the advantage which will allow you to survive any disaster.

The advantages of customizing the component is exploited fully by SXSW, the New Story of Silicon Valley, which has demonstrated that it is possible to print a house in less than one day for less than $ 4,000.

At last with 3D printing you will reduce time and cost of production, and have unique and rare components like a Holy Grail, giving you a competitive advantage over your competitors

The best is yet to come…

With additive systems you can shape your objects as you like, just as you did with pongo as a child, without geometric limitations!

Would you like to print a bender for internal air passages?

While using chip removal methods, it takes you decades to produce even one of the ”pipes” of the conduit, with 3D printing you can instantaneously produce a whole series in one go.

This is what complex geometrics are: geometric figures which are produced already inserted or attached to each other!

Look at the example in the photo of a component printed with the printer 3D4steel: how long would it have taken using chip removal methods?

In just a few hours I printed that object for my desk, complete as you see it in the photo.

Thanks to this magician’s trick, instantaneous production, which usually requires enormous investments with traditional methods, can be accessible also to small-medium companies.

And here is the icing on the cake!

4)Make your company UNIQUE, by making the spare parts your produce unique

The spare parts can be produced on demand thanks to 3D printing!

Just like the films you can see on Sky!

Think of all the spare parts of the most common consumer goods: from accessories for boilers, cars, to big installations: these machines break down unexpectedly.

You can’t always have the spare part available in your warehouse.

It would be crazy and expensive! Rather than a warehouse for spare parts it would become a money eating monster.

Instead you will have a virtual warehouse full of CAD designs of your spare parts. CAD designs are designs adaptable for 3D printing.

When you need a spare part, print the component to be replaced and you will save in running costs and time.

You could even transform your production and your business, by no longer selling the finished component, which your customer could print for himself in 3D, but by selling the model.

The money will no longer be wasted to produce goods which remain unsold, but it will be saved to increase your income.

As well as the prestige, the respect you will receive from your competitors and success, you will make your business grow and guarantee a secure and prosperous future, and you won’t be just a business man but a real hero.

The advantages which can no longer hold you back from investing in additive systems, today, now, immediately, before your competitors bury you together with your production

1)reduce production time: money will be running into your wallet like Bolt;

2)reduce production costs: you will be left with more cash to reinvest in your production, in staff, in technology; your company will get bigger by the second like Alice in Wonderland after having eating the cake which made her grow;

3)customize your components and keep up with market trends and your customers’ demands. Your competitors, who are still using traditional methods will be swallowed up by your personalized and unique components;

4)produce impossible geometrics, reducing production times and producing components which your competitors, who are still using chip removal methods, can only dream about!

5)Make your production unique and print the components only on demand, that is, when customers request them! You will no longer need to keep a warehouse with old and out of date merchandise. Costs for running a warehouse will shrink like Tom Thumb;

“Wonderful, but if 3D printing is so advantageous, innovative and unmissable, why are many companies still reluctant to invest in additive systems?”

Your skepticism, like the hesitation on the part of many entrepreneurs like yourself, is due to a serious shortcoming in the whole sector.

In brief, it is not your fault if you do not trust in investing in additive systems, but  it is the fault of salesmen of standard 3D printers who, with their technological and vague jargon, do not clearly explain how it works and  above all, do not explain if it is suitable for your needs or if you are going to draw a blank!

According to RISE, the laboratory of Brescia University, which has surveyed nearly a hundred companies in the textile industry, only 50% of the companies analyzed have a deep knowledge of additive systems.

While other salesmen of standard 3D printers, tell you tales about the speed of their 3D printer and show you the components produced by the beast, shiny and bright like gold nuggets, I am asking you to stop for a second.

Stop and ask yourself this question: “Once I have bought my booming 3D printer, who will guarantee an increase in my income for my production or that it will cost me less to produce my components and will take me a shorter time to produce?”

Unfortunately the answer is: nobody can guarantee this!

Nobody tells you this!

Salesmen of standard 3d printers do not offer a personalized service of assistance for your production needs.

No other salesman of standard 3D printers shines light on your doubts and delivers true data on how much it consumes and how quickly it produces.

That is why I have decided to cater to your doubts and offer you the chance to access 3D4YOU, the only customized system which allows you to:

1)have precise economic and financial data on how much time it cost you to produce the component you need with additive systems;

2)have numbers referring to production time;

All of this without any obligation to buy the 3D printer!

With no obligation to buy the 3D printer!

My philosophy is: first try, then if it is really convenient on an economic and financial level, buy!

“Where’s the scam, since this is too good to be true?”

The scam is that I can only assist 4 companies a month, because the service I am offering is customized even in the smallest details.

You must hurry to book your place, squash your competition, earn tons of money and reduce production time.

Otherwise you are the one who will have to close down the company, shut up shop and lay off your staff, who count on you.

Either trust in other salesmen of 3D printers and buy sight unseen, without even knowing if they are taking you for a ride, or put your trust in numbers, in experiments and concrete data,

Click on the red button, fill in the form and you will be contacted by one of our assistants, specialized in 3D printing for steel.

You have two choices:

Either click and secure a place on the luxury train.

Or give up your place to another competitor.