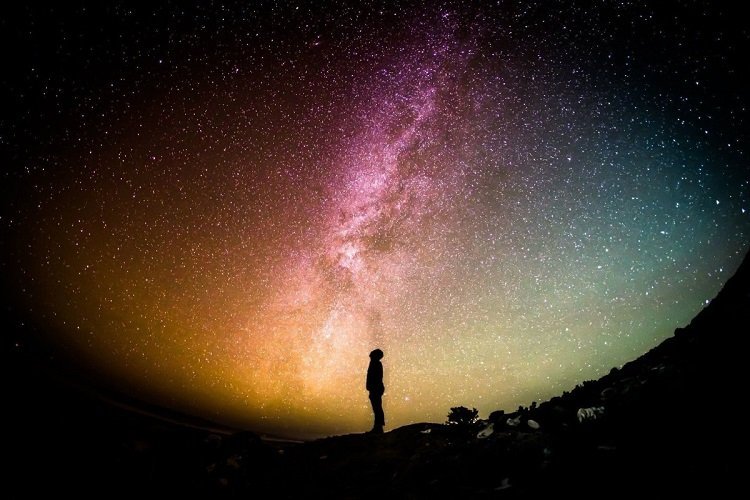 What is positivism? A terrible tax which will hit companies working in the mechanical sector? The prelude of a new economic crisis which will empty pockets or an obscure philosophy promoted by an anti-capitalistic sect?

Positivism was a philosophical movement at the beginning of 19th century which spread over Europe and infiltrated each branch of knowledge from science to literature to astronomy.

This movement occurred because of the need to rediscover rationality and to rely on the truth of science and all empiric areas of study (those branches of knowledge which are based on experience). 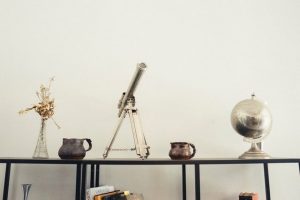 Since Positivism evolved from the Enlightenment, a philosophical movement of 1700, which placed man at the centre of the universe and extolled his cognitive abilities, also the 19th century movement placed an undisputed reliance on reason and the action of man and an optimistic stimulus for all scientific discoveries, technological innovations and progress.

While you are visualizing “enlightened” intellectuals dressed in tailcoats discussing science and philosophy in a Parisian café, be aware that positivism is much nearer to you than you think.

This movement has in fact made a comeback and is praised by all types of media: online blogs, radio, film and TV shows and also on the lips of politicians.

I am sure you have read of technologies, which, at the time, seemed to be science-fiction and which today are invading and revolutionizing the industrial world:

1)virtual reality which allows you to see objects and machines in 3D, as if they were really before your  eyes:

2)robots which carry out surgical operations, which deliver packages and drive vehicles;

3)the internet of things: objects, which connected to the web, can “read” data, share information with other devices and communicate with each other. In other words it is as if physical objects have acquired an individual intelligence.

One day your fridge will inform you when the milk has run out and your alarm will go off before time because your cell phone has communicated that there is a lot of traffic.

4)And finally we have 3D printing which has become one of the most fascinating and controversial technologies of the last fifteen years: with this technology we can print food, clothes, parts of space ships, aeroplanes, teeth, jewellery and weapons.

That’s how the 2000 millenium has brought back, to the forefront, the Positivism of 1800: if during the life of Charles Darwin people thought that progress was a moving forwards, always to a higher level, today this idea is even stronger and we firmly believe that technological innovation will improve the life of each individual.

Is it really so? And yet to blindly believe in progress could lead you to make risky investments which will eat up your revenue and bankrupt your company.

While the discovery of penicillin was a useful invention for the WHOLE WORLD, we cannot say the same about 3D printing.

3D printing will not make ALL companies prosperous,

on the contrary for some companies additive manufacturing could become Pandora’s box which frees all existing evils and will mess up the entire production.

So, from the Positivism of the ‘800’s don’t take the undisputed belief in technology, but learn to have faith in two factors which will save you from bankruptcy. 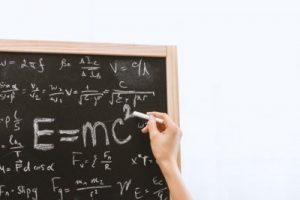 While manufacturers of standard 3D printers show you standard components as test samples to demonstrate their promises, you must ONLY trust tests carried out on YOUR components.

How can you understand the quality and appearance of your 3D components, if they do not first produce them, as proof, with the 3D printer they want to foist on you.

Whoever theorizes or declares a thesis, needs proof: this is the most treasured lesson that Positivism and many scientists of that period have taught us.

Here is how much more valuable evidence is than words…

Today washing your hands before eating, touching a child or coming into contact with a wound is a habit which comes naturally, while in 1800 for some doctors and surgeons the idea of washing hands seemed like a joke.

Doctor Semmelweis, a Hungarian surgeon, was fired from the Vienna hospital because he advised his colleagues to wash their hands with chloride of lime (soap) before an operation.

At that time, 11% of women giving birth died from unacountable infections; Semmelweis was the only one to understand that bacteria present in the hands of doctors  had an influence in these mysterious deaths. 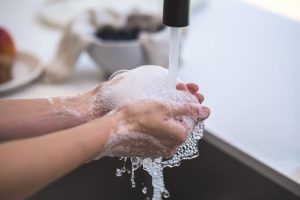 Despite the fact that postpartum deaths were reduced by 27% after doctors decided to follow the advice of their colleague by washing their hands, Doctor Semmelweis was so ridiculed by the scientific community, that he lost his reason and died in a psychiatric hospital, without ever receiving any recognition for his work.

Forty years later his discovery was approved and confirmed; why?

Because even if Doctor Semmelweis was dead and could not defend his theory with words, the scientific results of his tests and numbers spoke clearly and demonstrated the truth.

Unluckily, except for the solution which I will reveal below, few salesmen of 3D printers will print a free sample, and even if those that do so, just SHOW you the end result , without showing you the test results and numbers:

1)How long did it take to print?

3)How much time will you lose in cleaning your 3D printer before being able to restart it?

As you can see it is not enough to have one of YOUR components printed to really understand if it is worthwhile for you to buy a 3D printer economically, financially and in terms of production times; you need NUMBERS.

Only through numbers (production time and costs) will you know, in advance, if additive systems can speed up your production and if you can reduce costs, compared to what you are paying now with the chip removal method.

Like any self-respective positivist intellectual, have faith in the power of reason, of technology and of science, but always ask for concrete PROOF to demonstrate any test even in the face of the most reasonable promises made by salesmen of standard 3D printers.

The bad news is that NO manufacturer of standard 3D printers will show you a single number or let you test the 3D printer, revealing the true data about speed of production and costs, before receiving the money to buy one.

That is why I and my team of 3D4STEEL, have created the only customized course in the world, 3D4YOU inspired by positivist philosophy; rely only on numbers and experience; never on words alone.

3D4YOU will allow you to have the results of the tests carried out on YOUR components which you want to print in 3D, knowing how much time it will take to produce them and how much it will cost

1)You won’t have to invest millions to buy a 3D printer, nor risk even a cent, to know if your production will be faster, and if you will really earn more thanks to additive methods;

3)You won’t risk even a cent because you will have the zero risk guarantee which will give BACK ALL your money, if, for whatever reason, you are not satisfied with the course;

4)You won’t have to worry about not knowing how to work the printer because, if you sign up for the course 3D4YOU premium, you will receive a complimentary gift worth euro 840 in the form of a training course to learn how to use the 3D printer like a professional;

5)You will have at your disposal a team of super specialized technicians, who will study your company and help you to understand if 3D printing is suitable for your type of production, or, if it is more worthwhile to give up the idea so as not to throw away precious time and money;

6)With just one hour of your time you will be able to answer the question, which any entrepreneur in the mechanical sector would like to know: will 3D printing make you rich, speed up your production and make you a world leader in your sector?

3D4YOU is the only way to approach the world of additive systems with and economic GUARANTEE, the certainty of not throwing away money uselessly, and with a CUSTOMIZED assistance for your specific case.

To know more, without commitment or constraints, click on the link or on the red button below and watch the video which will appear on the page.

Now it is up to you to decide which path to take:

there is the dark path of the manufacturers of standard 3D printers and of Service, which do not give you concrete proof or certainties, but only baseless promises;

there is the path illuminated by elements of proof, tests carried out on YOUR components and a GUARANTEE which will make your path safe and without worries, which is the one of 3D4YOU; click here!

or you can stop at the crossroads forever, wait for your competitors to enter into the future before you, using a 3D printer to speed up production, and leave you in the past to become extinct, in the same way as carriages, the telegraph and oil lamps have become extinct.

The choices you make today will affect your tomorrow: click here!

P.S:since the course is extremely customized I can only assist 4 companies a month: Keep an eye on the timer at the end of the video: it will tell you if it is already too late for you.

P.P.S: still skeptical? Read what Tom’s Hardware says about us. We do not bite; we rely on scientific results and numbers, as should you, for the well-being of your company. Do not trust those who do not provide proof! Click here!