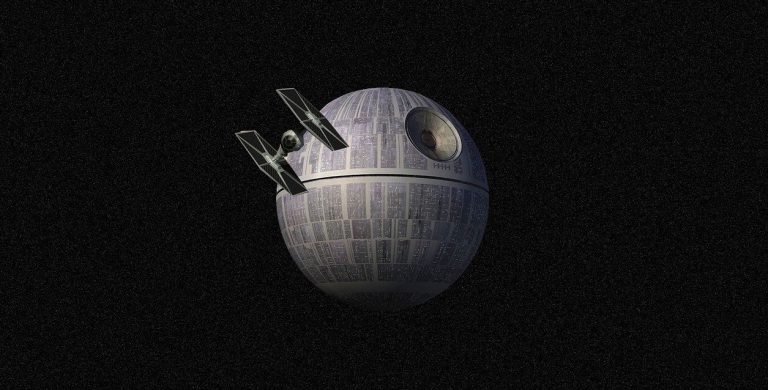 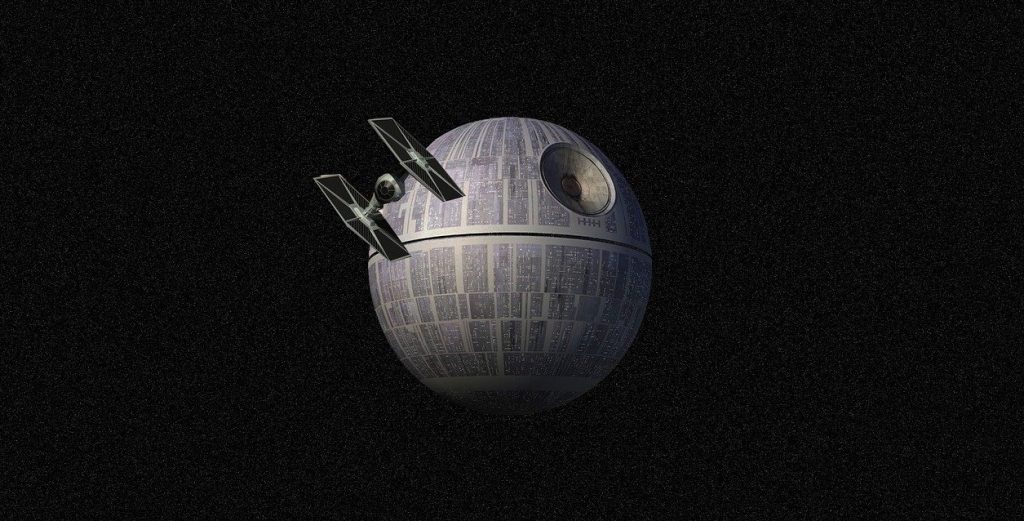 There are 6 dark sides to the chip removal method, but in this article I will show you 3, enough to shake up your day and give you panic attacks.

You will find the other 3 dark sides, on this blog, in next week’s article.

Now take pen and paper and start taking notes on why traditional methods are killing your company, even if you are not aware of it yet.

The chip removal method is a leech which is sucking the life force of your turnover.

I realise that removing excess material from your component with the chip removal method is a consolidated habit for you, which up to now has put food on your table and a roof over your head.

When that shiny and sharp chip curl forms, dangerous for any operator, you feel like Michelangelo chipping away at marble to create a masterpiece.

As you know, the subtractive method is the same technique used by Michelangelo Buonarotti for his sculptures: whilst other artists added material with their chisels to give form to their works of art, Michelangelo believed that the shape was already present in the block, and his work as an artist, was to free that shape from its marble prison.

All very well, but art is not your livelihood:

You have a company with employees to pay.

You have material, production and running costs.

You have taxes to pay.

You have products, which, if not sold, will become moldy in the warehouse, and will devalue day by day, becoming an expense.

If we were still in the 20th century I would say: continue like that!

But we are living in a century in which technology has radically changed our life from one day to the next.

If you don’t defend yourself and learn to surf the wave of change, progress and your competitors, more in tune with the times, will swamp you, will force your company to crash into a sharp rock and you will drown together with your employees, who will lose their jobs and perhaps their homes.

Forbes, a magazine interested in novelties which lead companies and businessmen to success, has carried out a market research to understand why, of 100% of companies investigated, 93% achieved an enormous advantage over their competitors, also reducing cost and times of production.

What was the extraordinary thing these companies did to obtain these fantastic results, what could you do to follow in their footsteps to success?

The Forbes statistics speak clearly:   36% of  companies using metal  components printed in 3D, increased by another 27% just in 2017.

Your competitors could be among these farsighted and soon to be rich companies, ready to squash you with this new ace up their sleeve.

The Economist claims that additive methods will have an impact comparable to the advent of the automatic factory.

There are companies which print aeroplanes or teeth in 3D and even astronauts will print infrastructures on the moon in 3D;

What are you waiting for?

Dry your sad tears and open your eyes to the dark sides of your dearly beloved chip removal method.

When you see the figures of how much money it is taking away from you, you won’t love it so much!

If you have to produce objects which must differ one from another, like jewelley, teeth, bolts for special machinery or some special types of bottles for foods, using the chip removal method is like cutting the grass in the park of Versailles with a small garden lawnmower.

Think of the shape of your molds, which must change and each time it takes days to produce, with traditional methods.

3D printing allows you to produce your molds, modified each time, in one single process without waiting for days and days.

How long would it take you to produce a small batch of 20 components, all different and unique in shape and dimension, using traditional methods?

The first step you must take is to create a prototype, that is the desired final object, for each piece.

There is a post-processing stage on the protoype, filling and adding supports, following a previously planned design.

Subsequently you must create a mold of the prototype from which to start.

Usually the prototype is generated from sand, therefore you must avoid errors like excessive enlargement of the model in the lower part compared to the upper part.

You have already wasted enough time and you are only in the design phase of the component.

You have to create not one, but two molds.

In the second mold you will quickly pour the metal liquid, since the metal hardens in the blink of an eye.

When the two models “kiss” the metal will solidify.

In the end, once the object has been produced, you have to remove all excess material and create the unique shape for each single component.

This process has to be repeated singly for each component.

Even thinking about it makes you break out in a sweat!

Instead, with 3D printing you can print your prototype in a couple of hours, directly checking any possible errors of shape and making your changes already in the initial stage.

It will be a relief not only for you but also for your designer, who will be able to give vent to his creativity and modify the shape of the component each time without adding to the cost, and without having to make big changes to the initial design.

A research has shown that over 60% of projects underway are modified during the production process. With traditional production these continual changes would cause an increase in production time, delays in production and delivery and a ton of money down the drain.

The ease with which you can customize your components, not only will make you save time and money, but will allow you to respond to the specific needs of production, of the market and of your customer.

At last your production will be as flexible as a ballerina!

Keep cool, you don’t have to know the Theorem of Thales or Pythagaros by heart to understand what impossible geometrics are.

Do you want to produce a box with a structure inside?

Do you want to produce a component with internal refrigeration pipes in one process, without intermediate steps, like a wizard with his wand?

Do you want to produce a cube attached to a cylinder, both with a hollow, in one process, without post-processing?

It is impossible with the chip removal method.

These are impossible to pull off with chip removal methods.

Of course you can design an Eiffel Tower Snowball, but you will have to carry out a thousand steps, work the material, create more

And you will never ever

The only technology which allows you to become a wizard and produce finished objects, intersecting with a hollow inside is 3D printing

With a 3D printer you can:

Produce impossible geometric shapes, produce objects in the finished form, with a wave of a magic wand; you will save tons of time!

Thanks to impossible geometrics produced with a 3D printer, your products will be unique

I am not the one saying this, but numbers, and numbers are like eyes: they never lie.

A survey on 3D printing has demonstrated how this technological evolution has an annual increase of 8,6 billion euro with 39 thousand new jobs and an added value of 4,3 billion euro for the industrial production of companies which invest in additive manufacturing.

As well as having a considerable competitive advantage, companies which print their components in 3D, have trebled their turnover, like Nike, which, thanks to additive systems, has increased its turnover by 13%.

Imagine going home to your family and saying with a satisfied sparkle in your eye: the company’s turnover has increased by 13%.

Not only will you be able to guarantee a more solid future for your children, but you will also secure the future of your employees who dedicate their time every day to help increase your production.

With the earnings made with 3D printing you can enjoy the luxuries you deserve:

Your competitors will envy you.

Your friends will look at you with respect.

Your wife will look at you with admiration.

All this could be yours thanks to 3D printing…

Too good to be true?

Let’s go back to numbers which are the naked truth.

According to a report by Deloitte University, the turnover of additive manufacturing will reach 20 million dollars by 2021 with a yearly growth rate of 20,5% from 2017 to 2021.

This data is more real than a tip on the Stock Exchange given by a shady Wall Street character in a suit.

According to this forecast, costs will continue to rise because:

If you continue to use the chip removal method to produce small batches, unique and customized objects, you will find yourself with an empty wallet, a company with clamps, shut down forever, your employees out of work without a roof over their heads and your competitors enjoying themselves at a Spa, eating caviar and drinking Prosecco.

Breathe easy! You can always go over to the good side. Act rationally and don’t panic.

You can still save your company

You can still save your family and your employees

You can still save yourself.

I know that changes are scary. I know that to continue doing what you have always done gives you a sense of security, and makes you believe that you are in control, but all of this is just an illusion.

The world of 3D printing will increase this year by 28% and you cannot change this data.

You cannot keep progress under control, nor can you stop your competitors who are taking part in a gold rush and are using additive systems in their production chain.

The only thing you can control is your decision.

It is said that decisions make the world progress and they are the forces that can damage you or make you stinking rich.

It’s up to you to decide.

To make a sensible choice, you must do three things:

I have a piece of bad news for you:

No salesman of standard 3D printers will ever give you:

Salesmen of standard 3D printers try to fool you with the usual sales spiel but they don’t give you any real facts.

Remember that numbers are the naked truth and that is why I, Ivano Corsini, have decided to give you a document which definitely cannot lie!

A document that no other salesman of standard 3D printers will give you!

A document which states in black and white how convenient it is for you to print the component you need using the 3D4STEEL printer:

I am not interested in selling you a 3D printer for steel which you are not going to use, or which will become the monster eating up your profit.

Do you fancy the chance of having a transparent document, simple and clear which tells you if the 3D printer specialized for steel is suitable for your type of production, without even buying it?

To have this document you must click on the red button down below, fill in the form and one of our assistants will give you all the information you need.

This system is called 3D4YOU and only 4 companies a month can have access to it.

Since it is a customized service, which takes detailed care of your specific needs, we can follow only 4 companies at the same time.

Are you sure that your competitor hasn’t already subscribed?

As you can see, to click on the red button or not, is a decision you will have to take.

You can always stick to the chip removal method for your whole life, and risk seeing you money disappear every day and your company become a mirage in the desert.

Or you can give your future a chance and save it.

Which side do you want to be on?

On the side of dark forces or on the good side?