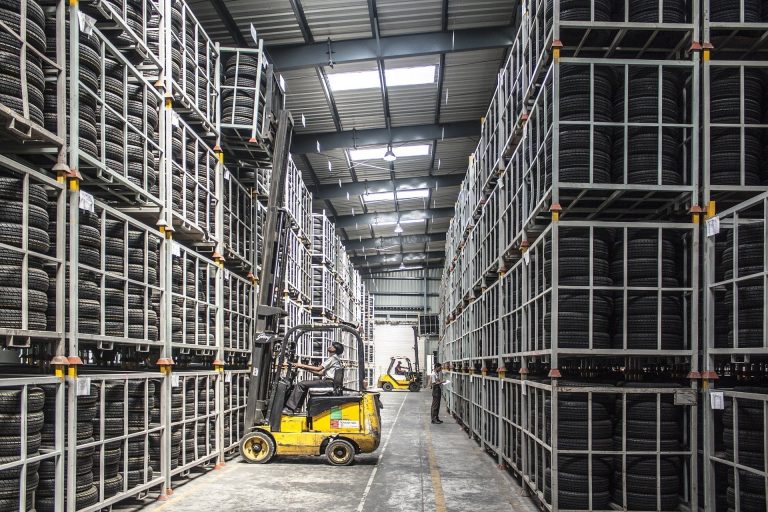 Is it true that warehouse storage is an old-fashioned method that is a burden on your earnings and slows down your production?

How can you eliminate storage, following the example of this car company which, in 2012, sold 9,75 million cars, surpassing General Motors and the German Volkswagen? 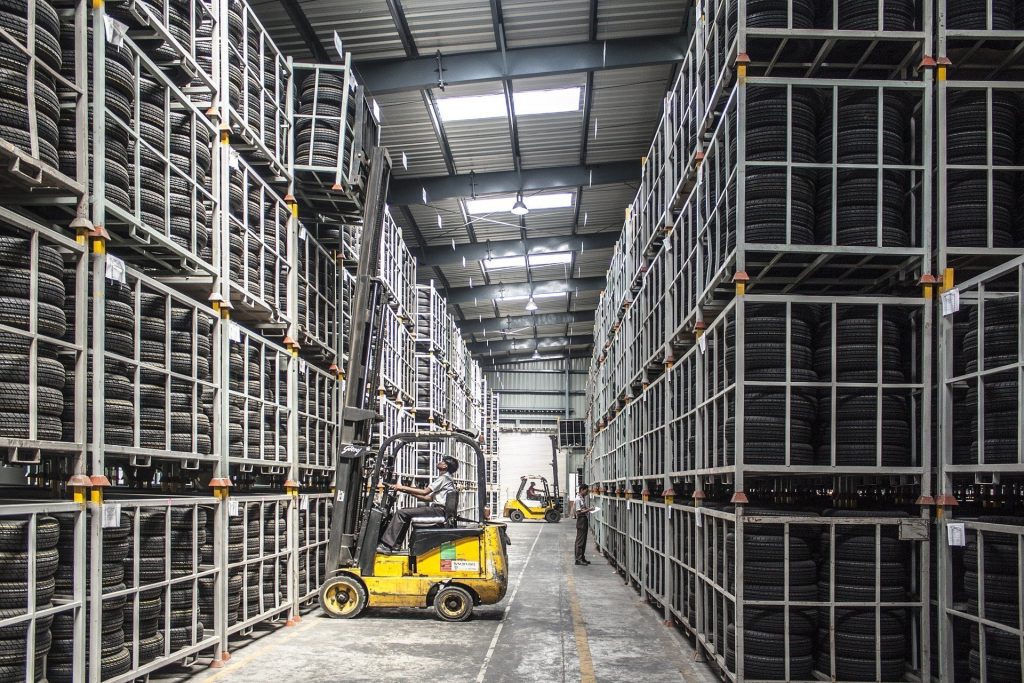 Before answering this question, I want to make you understand the concept by putting you in a familiar daily real life situation.

Leave your office and your company for a moment and sit down comfortably on your sofa at home.

Pick up the phone and dial the number of your favourite pizza take away:

“A Parmesan with hot chilli pepper.”

“We’ll get it ready immediately!”

I bet this dialogue is familiar to you every time you order a pizza take-away.

In a ‘Pizzeria’ pizza is prepared to order.

A ‘Pizzeria’ which makes pizza before receiving the order doesn’t exist.

So no  ‘pizzeria’ with a warehouse exists, why? 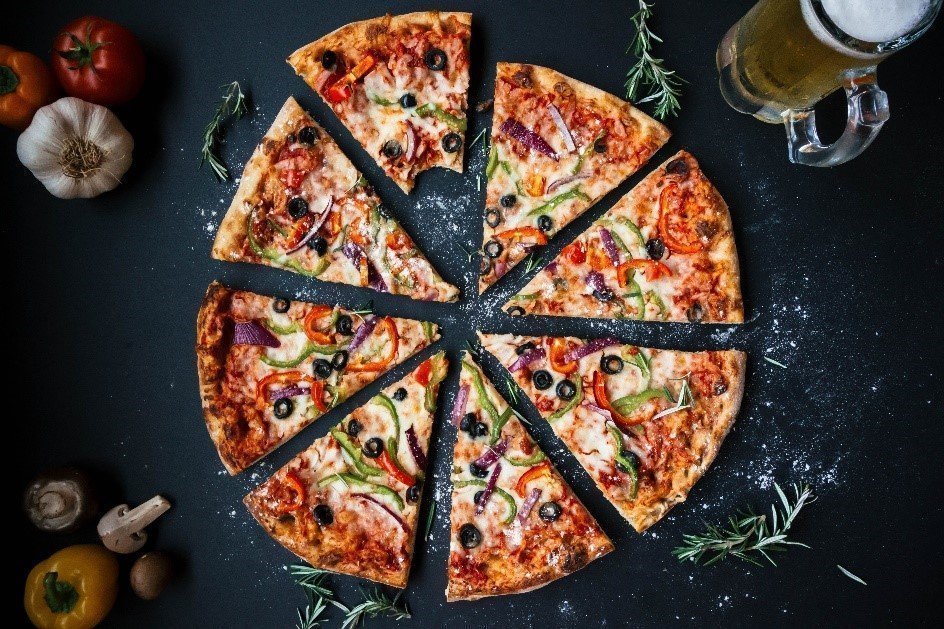 Because the costs of maintaining a warehouse would be too high and there would be no sense in:

“What has this got to do with my company and the mechanical sector?”

You are not producing pizzas, but are you sure that ‘keeping a warehouse’ and producing components which have not yet been ordered, is worth your while?

To this question and the other two basic questions mentioned before:

I will answer by telling you the Story that each entrepreneur who has a company should know.

Let’s go back to 1911, the year that Frederick Taylor’s ‘The Principles of Scientific Management ‘was published.

Taylor was the first to hypothesize a scientific organization of labour with the aim to eliminate the unproductive movement of workers and make production more efficient.

Henry Ford was the first to understand the importance of Taylor’s work. In fact in 1915 he introduced the assembly line in his factory. 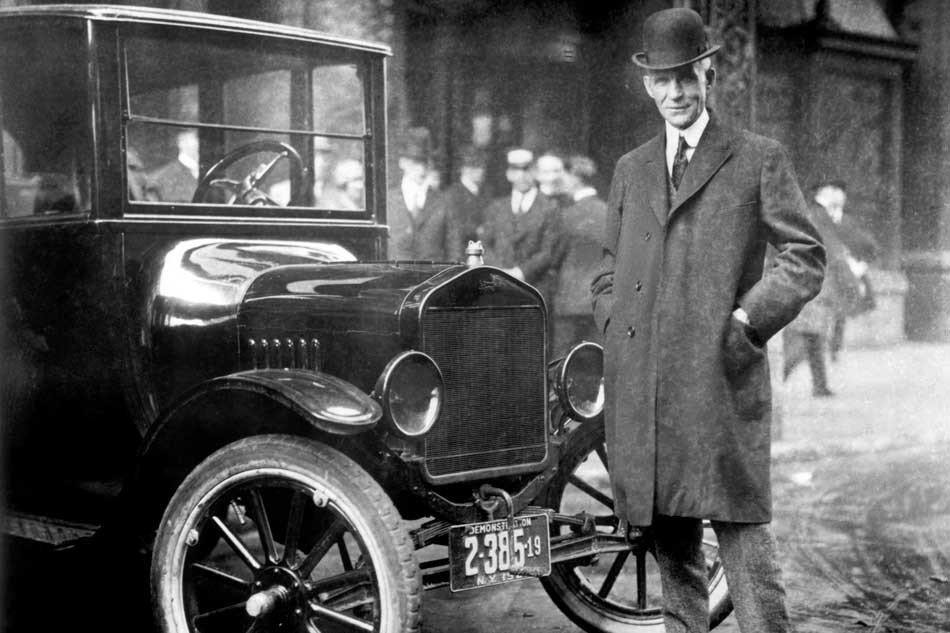 I want to to take you by the hand back to the beginnings of assembly line production by using a comical sketch by Charlie Chaplin.

The atmosphere in the factory is grey, dark, dusty and dirty.

In the sketch we see the boss, in his suit, checking and coordinating the assembly line from a screen.

The workers are standing by a conveyor belt which is transporting the various parts to be assembled to obtain the finished product.

Charlie Chaplin is using a hammer on a component, but he is clumsy and slows down the whole production.

In the sketch we see clearly that each worker repeats the same movement mechanically, like small clogs in a working clock.

Each worker has just one task to carry out.

This alienating and boring task has given a dark and negative idea to assembly line production.

Ford defended himself from criticisms by introducing medical help in factories to assist workers with physical and psychological problems.

Apart from this, assembly line production was a revolution because it satisfied the demands of a society which wanted to have long-lasting consumer goods in large quantities.

That’s why everyone today remembers Ford as the person who launched industrial capitalism at the beginning of the 20th century, inspiring entrepreneurs, politicians and industrialists all over the world.

What advantages and disadavantages can you learn from Ford’s production method?

This is why Fordism is no longer valid in your 21st century company!

If Oliver and Hardy’s famous Ford T car, was always in vogue, today your super equipped four-wheel  has a shorter life-span, not because it ages and always breaks down, but because it is quickly out of date.

Today we no longer want to buy things which last forever because we know that tomorrow they are already old-fashioned.

You want something which lasts until the new model comes out.

Take your smartphone for example: after two years you can already take it to the antique shop because technology and the new models on the market have already made it a piece of antiquity.

This obsolescence of consumer goods has made assembly line production a system which no longer works.

It is not worthwhile to produce in large quantities which you will store in your warehouse for months, when after a few days the product could be out of fashion

Market demand has in fact changed:

The demand is no longer for large quantities at low cost, but more expensive customized products of high quality are requested.

I am going to linger on the words customized and uniqueness! These are the two characteristics which distinguish consumer goods of today from those of Ford’s era. 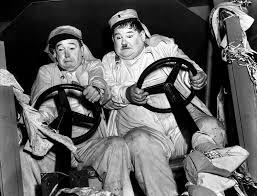 What is the real problem behind the Fordism method used in modern times?

Producing consumer goods for which there has not yet been a market demand means:

The philosophy: produce the consumer good before the customer demands it and leaving it in the warehouse until someone buys it was proved to be counter-productive already in the 1920’s.

Even the Ford Company understood that storage costs and assembly line is a counter-productive industrial system.

It was Toyota who incorporated the philosophy ‘Just in Time’ into its own system.

Just in Time works like a pizzeria: nothing is produced until ordered by the customer.

This philosophy believes that the manufactured product which is left in storage is a waste of raw material, economic resources,  and an obstacle to continued innovation.

Toyota was the first to produce cars on order.

Thanks to this philosophy in the 1980’s Japan had a competitive advantage over the rest of the world.

Think carefully: how much does it cost you to keep a warehouse? Is it really worth your while to produce consumer goods in large quantities and risk not selling them?

The answer is no, not always.

Storage or not storage? This is the dilemma!

Only one answer does not exist: in some mass productions the assembly line is still used because it is worthwhile.

The difference is that since the beginning of the 20th century  some companies have started substituting workers with robots.

There isn’t only one answer for the use of storage:

The use of storage in some industries is inevitable and cannot be eliminated even if expensive.

There is no absolute answer, only you can speak for your company and understand what is convenient for you.

When is it worthwhile to follow the Toyota example and eliminate storage?

When you produce a smaller amount of components which have these two characteristics:

In this case you don’t need a warehouse because there would be no sense in producing extra components which have not been requested and which will rot.

In the same way as it would make no sense to produce standard components which are all the same.

Why does a 3D printer will cut your running and disposal costs of storage?

Instead of investing in a standard 3D printer, with which you can produce components in steel, plastic and titanium, choose a printer specially designed for only one material!

Why am I advising this?

In order to clean a standard 3D printer, from the changing of the gas used to the tubes in which the powder turns, you need on average from 22 to 24 hours.

This means that, if before you printed a component in titanium and now you need one in stainless steel, you have to slow down your production by one day.

When you adopt the philosophy of Just in Time you can be fast in responding to customer demands and manage emergencies when for example you have to substitute a broken piece of machinery.

To clean a 3D printer specialized only for steel, like 3D4STEEL, you only need 5 hours.

I have a piece of bad news: 3D printers specialized in titanium, aluminum or plastic do not exist.

However, there is one, the only one in the world, specialized for steel powders.

This 3D printer for steel has been created especially for companies like yours who want to invest in additive manufacturing following the company philosophy of Just in Time.

With this philosophy, not only will you differentiate yourself from your rivals for the care you take over the products you sell, but also for the efficiency and attention with which you assist your customers and their demands.

“How can I know if a 3D printer is suitable for my company’s production.”

I have another bad piece of news for you: you can’t know if you buy your next 3D printer from a seller of standard 3D printers.

Nobody can assure you that the 3D printer will really make you earn time and money before buying it!

I will give you the key to access the only existing system which will allow you to know, with detailed data and realistic analysis, if the 3D printer for steel is the correct investment for you!

This system is called 3D4YOU!

3D4YOU is the only system of personalized analysis without risks which allows you to have a an exhaustive picture of what producing the components you need with the 3D printer would be like, without spending a lot of money.

Taking part in this personalized analysis you:

No other seller of 3D printers will give you such a complete picture and an economic and financial analysis of what your production would cost you with additive manufacturing  without even buying the printer!

Take advantage of this opportunity, because we can only assist four companies a month, because the consultancy we offer is detailed, accurate and customized.

We cannot cater for everybody!

The steps to take for information on 3D4YOU are these:

This system in fact has been created to answer the most frequently asked questions which sellers of standard 3D printers take for granted:

1)How long does it take to produce that component?

2)Is it a component which is suitable to be produced with a 3D printer or is it better to produce it with more traditional methods?

3)How much does it cost to produce in 3D?

4)What structural solidity does it have?

5)Does it have a suitable powder mettalurgical density?

6) is the component project already optimized to produce with a 3D printer?

7)What kind of post processing has been carried out and what should I do?

If you have even one of these questions is going through your mind, do not wait for the answer to drop from the sky!

Click on the red button to fill in the questionnaire!

P.S: it only takes a few minutes to fill in the form and it is free of charge.

It is not free of charge, however, to continue taking months to produce components which you could print in 3D, saving 67% of production time and money.

PrevPrecedenteThis is the technology that allows you to make objects, already assembled and customize, appear out of nothing just like a wizard with his magic wand.
SuccessivoLo stratagemma rubato alla Toyota che potrebbe abbattere i costi del tuo magazzino.Next