find out why this will not happen to you…

How can you save yourself from the inescapable end of the world of work? How will your company, thanks to technology, prosper instead of going bankrupt? You are about to find out how come this pessimistic forecast is not speaking about your future. 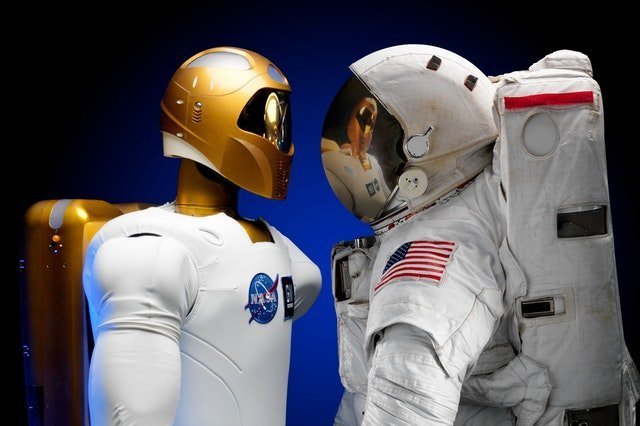 It looks like the beginning of a science-fiction film and instead this is how Davide Casaleggio sees the future.

According to the founder and president of the political platform Rousseau of the 5 Star Movement, in 2054 man will dedicate only 1% of his time to work.

Technology like a plague will wipe out work for the masses, substituting men with super intelligent cybernauts, who will be much stronger and tireless.

Casaleggio claims that technology will increase productivity: you will be able to produce ten times more and so earn more quickly.

The increase in productivity will, however, always be to the advantage of capital and not the work force, which will be left at home.

Many professions will disappear, substituted by more precise and reliable  machines.

Unemployment will bring riches to the few, leaving the majority of the population in the lurch.

With bitter undertones and with the fantasy of a disaster film screenwriter, Casaleggio is telling you that technology will bring pain and suffering to the majority.

Why is this pessimistic forecast exaggerated?

First of all because, even if it is true that most jobs will disappear, this change is part of progress and  not for the first time; the shoeshine, the chimney sweep, the collectors of bowling pins, the milkman, the lamplighter, the coachman: these are all jobs which no longer exist. 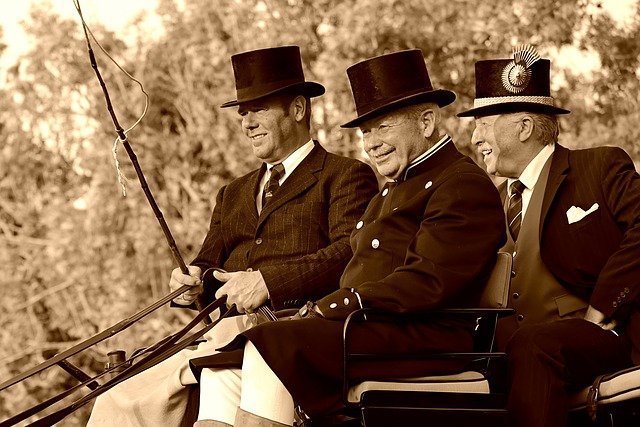 In place of the old professions, new ones have been created: the computer programmer, the graphic designer, the App Developer, the automatic car engineer, the drone operator and even Youtubers!

Apart from the novelties introduced by technology, there is an even more important reason for you, which explains why you must not imagine your future invaded by robots:

Not all technology is intended to substitute

Perhaps the mass media and the salesmen of standard 3D printers have never explained that you must not buy a 3D printer to COMPLETELY SUBSTITUTE the traditional methods you are using.

You may think that to invest in additive systems, as well as being costly and  extremely challenging on an economic level, it is also a distressing change, forcing you to completely  scale back your production chain, make big sacrifices and learn the job from scratch: this is a serious mistake.

It is not your fault that you believe that’s how it is, as you can see, even the political world continues to terrorize entrepreneurs and workers, saying that technology will radically revolutionize their lives.

That’s not the real situation. You will continue to use chip removal method even if you own a 3D printer because:

A 3D printer is not meant to substitute traditional methods,

but to consolidate and make them work better

You won’t have to abandon the lathe, the milling machine and the planer for a 3D printer which does all the work; additive technology will give you other tremendous advantages which canl make your company more productive.

A 3D printer will allow you to:

1)speed up your production. (You will earn more, work fewer hours. You will be less tired at the end of the day and will be able to fully enjoy evenings spent with your family);

2)reduce production costs. You will no longer have to keep spare parts of your machinery in the warehouse for months on end, crippling your capital and producing components far in advance. With a 3D printer you will be able to produce your spare parts when you need them in the bat of an eye. 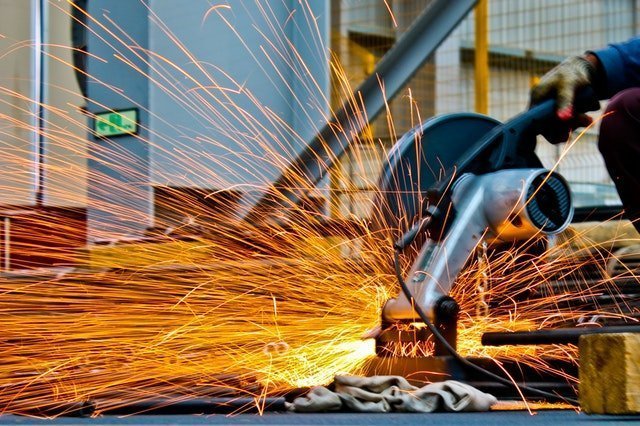 3)finally produce components which you can only dream about using the chip removal method.

Have you ever heard of impossible geometrics?

And yet you are dealing with these objects every day: think of a pipe, with a 90 degree bend and with an internal refrigerating channel, which bends, like radiator pipes.

All objects with complex geometrics, with bends or internal voids or intersecting and fully assembled parts, are impossible to produce in one step using the chip removal method. 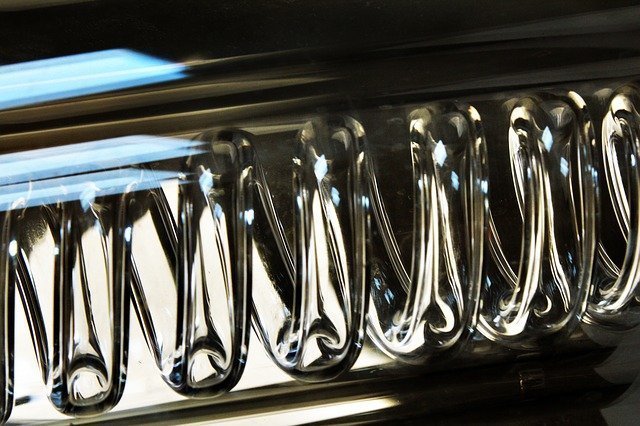 3D printing gives you the advantage of producing impossible

geometrics in one single step,

saving time and cost of production

4) Thanks to the EASE with which you will produce impossible geometrics, you will obtain unique pieces without having to rely on third parties! You will distinguish yourself and your production will be an emerald among other unremarkable stones, all similar to each other, produced by your competitors;

5)3D printing exploits the principle of topology optimization, that is, through geometric calculations, the material is positioned only where it is necessary to make the component solid and robust, avoiding positioning in places where it is not needed.

This will allow you to have resistant but, at the same time, lightweight components.

6)With additive systems you will be able to print everything you need on the spot without counting on external suppliers.

You will no longer have to rely on suppliers who deliver late and leave you in the lurch when you most need them. You will be free to manage your production as you want and will have total control over your company.

As you can see a 3D printer does not substitute what you are doing already, but it takes away unnecessary hidden costs, it frees up the capital paralysed in your warehouse and speeds up production times.

Perhaps Casaleggio has watched too many science fiction films, he could be right only in one thing…

Even if it is true that a 3D printer DOES NOT radically substitute traditional methods, buying one is however an important investment; that is why you cannot rely on any generalist salesman who promises the earth and hope that this technology will make you rich from one day to the next.

If you buy a 3D printer without first trying it, printing YOUR components, and without having in your hands documents proving that this technology will really speed up your production like a rocket, then in 2054 you will be without a job, just like Casaleggio forecasted.

How can you know with certainty if the 3D printer will speed up your production?

If it will make you earn more in less time?

your questions without investing MIND-BOGGLING figures

Each 3D printer is different because it uses different technology; it is like a car which changes from model to model, from horse-power to horse-power, from engine to engine.

Just like a car, a 3D printer needs: a pilot who can make it work, maintenance, cleaning, disposal of filters (toxic and explosive), a safety system for explosive gasses which are used to print and more.

If you want to know more about how a 3D printer works and all the above factors which must not be ignored, read this article!

You may seem obvious, that before buying a 3D printer it is necessary to print your components and assess the investment through financial and economic data, but no salesman of standard 3D printers will give you this opportunity.

On the contrary they show you their pre-printed components and expect you to trust their word on the quality of their printer’s performance.

How can you trust their word when so much money is at stake?

That is why I have created the only solution which allows you set foot in additive systems, without buying a 3D printer and without risking time and money, shaking up your life and your current production.

I am speaking about 3D4YOU, the only customized programme which allows you to print YOUR components in steel, without buying the printer

But there is an extra gift…

As well as your components you will receive a comprehensive

document, with data and numbers, showing you how much time it

took to print the components you requested  in 3D

and how much it cost

In detail this precious document contains:

1)economic data on how much it would cost you to print in 3D;

3)how much time it takes to print the components and if this technology really does speed up your production;

In practice your will know exactly if the 3D printer specialized in only steel will improve your production, taking up only an hour of your time.

In that hour you will be helped by a specialized technical assistant who will guide you step by step.

You can test with accurate data if it is really worth your while to invest in additive systems, without any obligation to buy a printer.

But the surprises don’t end here…

If you realize that the 3D4YOU programme is not suitable, or that you are not interested, you don’t want to print your components in 3D and you have had second thoughts:

You will get all you money back to the last cent,

free of conditions, with the 0 risks guarantee

3D4YOU is the only programme to test and try the world of additive systems without losing out in time and capital.

Now you have two choices and I am giving you the opportunity of changing YOUR future forever:

1)leave this page and decide for always to ignore additive systems because you are not interested, you don’t have time, you are fine where you are:

Probably a future awaits you, in which your company has disappeared, because it was too slow and out of date and your more technological competitors have devoured it, stealing your customers:

2)access 3D4YOU and at most you will learn new things and you will own a unique document which no other salesman of  3D printers in the world will give you:

In 2054 your company will be one of the few survivors sharing the riches, because you were not afraid to adapt to progress and surpassed your competitors in speed and growth production.

You will enter history.

The others who were intimidated by 3D printers will become prehistory.

Think about it carefully, giving up only one hour of your time and not risking money is a worthwhile sacrifice to ensure a prosperous future for your entire company.

The only way to find out without losing out on money is 3D4YOU: get informed now, click on the red button.

P.S I can only assist 4 companies a month and since this is a must-see offer and an irresistible guarantee, two companies have already occupied two places. The remaining two places could go by tomorrow. Click here!

P.P.S If you are still skeptical, and that’s fine, watch this video , which will take up only a few minutes but will change the future of your company forever.

PrevPrecedenteDiscover how to protect yourself from the terrible virus, which will bankrupt your company, by using this antidote
SuccessivoNel 2054 il lavoro come lo conosci oggi sarà scomparso” scopri perché a te non succederà…Next